Untill 1996, the Commission only operated from Livingstone. However, after 1996, it decentralised its operations by opening four regional offices. The East Central Office based in Lusaka is responsible for the management and conservation of all heritage resources in Eastern, Central and Lusaka Provinces while the Northern Region, with its office based in Kasama, covers Luapula and Northern Provinces. The North West Office covers North-Western and Copperbelt Provinces and its regional office is based in Solwezi. Finally, Livingstone's based South West Office is charged with the task of managing heritage resources in Southern and Western Provinces. Among other objectives for this decentralisation programme was to bring conservation staff closer to where the heritage resources were located. Its long term objective was to enhance the effective conservation and management of Zambia's unique heritage.

Monuments From The Colonial Era 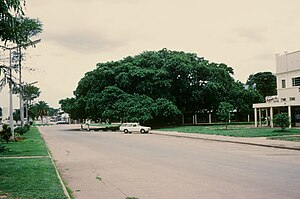 The Big Tree National Monument cape fig tree is a prominent feature in downtown Kabwe, Zambia. It is a cool place for friendly conversations; and to wait for a taxi or driving instructor. 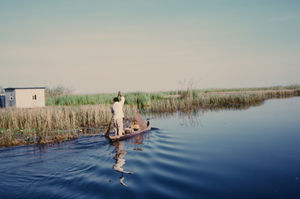 About 75 km east-southeast of Kabwe, Zambia, the Lunsemfwa River cuts a 500m deep gash, known as The Wonder Gorge, through the lip of the Muchinga Escarpment (viewed from Bell’s Point). The antenna atop the Taipei 101 skyscraper, the world’s tallest building, would just protrude above the rim of this gorge.