Ndola is the third largest city in Zambia, with a population of 455,194 (2010 census provisional). It is the industrial and commercial center of the Copperbelt, Zambia's copper-mining region, and capital of Copperbelt Province. It is also the commercial capital city of Zambia and has one of the three international airports, others being Livingstone and Lusaka. It lies just 10 km from the border with DR Congo.[1]

Ndola was founded in 1904, by John Edward "Chiripula" Stephenson just six months after Livingstone, making it the second oldest colonial-era town of Zambia. It was started as a boma and trading post, which laid its foundations as an administrative and trading centre today.

The Rhodesia Railways main line reached the town in 1907, providing passenger services as far south as Bulawayo, with connections to Cape Town. The line was extended into DR Congo and from there eventually linked to the Benguela Railway to the Atlantic port of Lobito (which took some of Zambia's copper exports for many years with recent interruptions by closures; the rail line is now back in service). The Ndola railhead was responsible for the town becoming the country's centre of distribution. Before the road network was built up in the 1930s, a track from Ndola to Kapalala on the Luapula River, and boat transport from there to the Chambeshi River was the principal trade route for the Northern Province, which consequently formed part of Ndola's hinterland.

In 1961, 2nd Secretary General of the United Nations Dag Hammarskjöld's plane crashed on the outskirts of Ndola.

See Copperbelt Province for the history of the copper-mining industry. 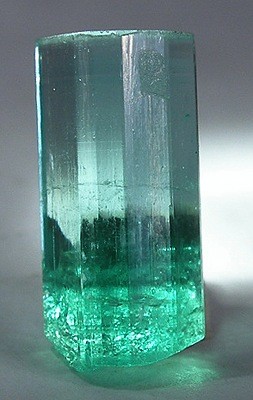 Once, the largest industrial centre of Zambia, boasting, among many high-powered sites, a Land Rover vehicle assembly plant, Dunlop Tire manufacture, Johnson & Johnson Industry, Ndola's economy shrunk significantly between 1980 and 2000. Many closed factories and plants lie unoccupied in the town. A number of former industries such as clothing and vehicle assembly have gone completely.[3] At its height Ndola was Zambia's host of Production sites for such world-renowned blue chip names as Colgate-Palmolive, Unilever, Dunlop, Land Rover, etc. Even though the term 'ghost town' can no longer apply to it, Ndola is yet to regain its economic glory of pre-1980 days.

There are no mines in Ndola itself but the Bwana Mkubwa open-cast mine is only 10 km south-east of the city centre. Until their closure, copper and precious metals used to be brought from elsewhere in the Copperbelt for processing at the Ndola Copper Refinery and Precious Metals Refinery. Copper exports provide 70–80% of Zambia's export earnings, making the city very important to the country's economy.[1]

The Indeni Oil Refinery in Ndola supplies the whole country with refined petroleum. It was repaired in 2001 after being severely damaged by fire in 1999.

Ndola is home to one of the country's national newspapers, the Times of Zambia, as well as its printer, Printpak. These run as one company called TimesPrintpak. Catholic church run printing press, Mission Press, is also located in Ndola. Mission Press operates as a commercial entity.

The headquarters for the Zambia Postal Service Corporation (Zampost)and workers compensation control board are located in Ndola. Zambias ultra modern stadium is in ndola which accommodates most Zambia international sports events.

One mark of Ndola's commercial significance to Zambia is shown by the presence of the only major centre of operation for the country's central bank, the Bank of Zambia, outside of the capital, Lusaka. Every Major bank in Zambia has at least one branch in Ndola.

The largest insurance group in Zambia, ZSIC (pronounced 'zeesk'), owns many commercial and residential properties in the city.

Ndola has huge limestone reserves which are believed to be among the most homogeneous of their kind in the world. Limestone has therefore become to Ndola's economy what copper is to the rest of the country, providing much of the wealth and employment (Lime is a major component in the production of cement; a cement plant getting its lime from limestone and manufacturing a limestone cement will consume well over 80 kg limestone per 100 kg of cement it manufactures).

Between 1974 and 2009, Ndola supplied over 50% of Zambia's cement from a plant located some 5 km south-east of the heart of the city. This plant was called Chilanga Cement, Ndola Works. The parent company then was Chilanga Cement plc. Chilanga Cement ran two plants in Zambia: one built in 1949 and located at Chilanga (hence the parent company name) and the other built in 1969 and located at Ndola. In 2008, the new holding company, Lafarge Cement Zambia, completed construction of a brand new plant at Chilanga which would produce about double the volume of Ndola Works. By mid-2009, the new plant was still gathering momentum toward full production capacity, leaving Ndola still a significant player in the region's cement industry. Nonetheless, the combination of huge limestone deposits and existing transport infrastructure passing through Ndola has kept the city a very attractive destination for investment into cement and closely allied activities.

A second cement works is under construction in 2008.[4] In June 2009, countrywide advertisements were published to finalise staffing for this new cement plant.

Another important processing plant that is based on limestone in the area is Ndola Lime. It is Zambia's sole producer of Lime. Ndola Lime is located near the two cement manufacturing facilities. It supplies the mining industry as well as farmers who require agricultural lime. Ndola Lime company is wholly owned by ZCCM Investment Holdings, a parastatal holdings company via which Zambia's government maintains its active interest in the country's mining and closely related heavy industry.

The four processing plants (the cement plants, the lime plant and Bwana Mkubwa) have mining rights on land located very close to the traditional Chiefdom of Chiwala. Chief Chiwala is therefore a significant interested party to Ndola industry and economics.

Egyptian company Elsewedy Electric joined a consortium of local companies led by ZESCO Ltd (Zambia's electricity supply authority), and established a transformer manufacturing plant and an electrical meter manufacturing plant in Zambia in 2008. Both these facilities are located about 5 km south of Ndola city centre.

Ndola is on the Zambia Railways line with passenger and freight services running between Kitwe and Livingstone via Kabwe and Lusaka. Freight branch lines run to other Copperbelt towns and from Ndola to Lubumbashi in DR Congo via Sakania.[5]

A dual carriageway links Ndola to Kitwe, the Copperbelt's second city, and other tarred highways link to Mufulira and Lusaka.[5]

Ndola Airport has scheduled domestic services to Lusaka and an international service to Addis Ababa, Johannesburg and Nairobi.

The oil pipeline from Dar es Salaam terminates at the Indeni Oil Refinery in the town.

These factors make Ndola the distribution centre of the Copperbelt and northern Zambia.

As with many towns on the Copperbelt, Ndola's sports and recreation life was heavily supported by the now disbundled mining conglomerate, Zambia Consolidated Copper Mines Ltd (ZCCM). With the demise of ZCCM, many facilities deteriorated fast. Nevertheless, significant sports places are Ndola Tennis Club (membership), Ndola Swimming Pool (public), the Kanini area (about 3 km from city centre and home to several sports clubs and playing fields like Ndola Wanderers Football Club, a rugby club, and others). About 10 km north-west of the city centre, there is a motor racing track popular with weekend motorbike enthusiasts.[6] The city has several recreational green parks which enjoy a very basic level of maintenance and are open to the public. Of particular significance is the Dag Hammarskjöld Crash Site Memorial located some 10 km north of Ndola city centre. Dag Hammarskjöld Stadium, which was located on the banks of the Kafubu river south of the city and was razed in the 1980s to make way for an improved one, was never rebuilt on original site.north-west of the city is an ultra-modern stadium,the magnificent Levy Mwanawasa Stadium with a seating capacity of 50,000. Ndola city is home to Zesco United, a top-flight team in the Zambia Premier League. Zesco FC is nicknamed "team ya ziko", in the Nyanja language. ('the country's team' or 'national team').

Note: the thermal power station which dominates the skyline near the railway station and which was built to power the mines and refineries ceased operation in the 1960s when the Kariba Dam power station came on line.