Robert Kapasa Makasa (born 1922) was a Zambian freedom fighter, diplomat, Cabinet minister, member of Parliament, political activist and church leader[1] from Chinsali. He was among the 75 members of the National Assembly of Zambia elected in January 1964 until 1968, during which he was member of parliament for Chinsali constituency.

Robert Makasa was the first to serve as Northern Province Minister in 1964 and later served in Foreign Service in Kenya, Ethiopia and Tanzania. He also served as Deputy Minister of Foreign Affairs and North-Western Minister and as a UNIP Member of the Central Committee.

Makasa was also the authoritative, hilarious and creative author of the books Match to Political Freedom, Bwana District Commissioner and Umusungu Wamusonko (white tax collector). The books had their fair share in the country`s education curriculum in Bemba literature in previous years. The resourceful pieces of literature depicted the loathed colonial days when whites were at the helm of administration in districts where villagers were not expected to miss tax obligations among other compulsions considered oppressive by Africans.[2]

Makasa died as a result of a stroke in February 2007 at the age of 85 in Lusaka, where he was evacuated by President Michael Sata from Chinsali District Hospital.[2] 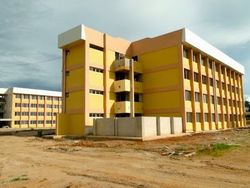