Love Games is a Zambian television drama series developed to provide a way for the audience to learn about HIV to promote behaviour change to reduce the spread of HIV/AIDS.[3] The series is part of the Safe Love campaign by the Ministry of Health, National HIV/AIDS/STI/TB Council, with support from the United States Agency for International Development (USAID) and its Communications Support for Health project.[4]

The weekly series explores the issues around HIV through the interweaving stories of five friends: Carol (Phingiwe Nango), a recent graduate, her best friend Womba (Yoko Chimanja) and her auntie Tamara (Cassie Kabwita). Then there is Tasheni (Chadzanso Mwenda), a recent arrival from UK, and the driven Mimi (Muzingo “Zee” Banda).[4]

The drama features adult themes and parental guidance is advised.

Season 1 was aired on Zambia National Broadcasting Corporation (ZNBC) in 9 January 2013.[1] There are 13 episodes in this season filmed at 53 different locations around Lusaka. The weekly episodes featured on ZNBC and MUVI TV.[4]

There are 13 episodes in season 2 of Love Games. 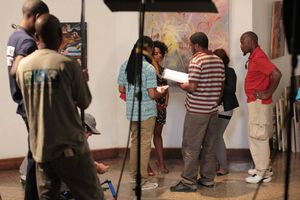 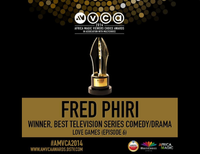